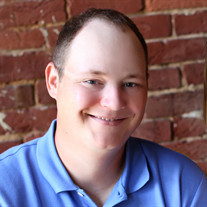 William James “Jamie” Jordan IV, age 37, died on Sunday, August 7, 2016 at the Jackson Madison County General Hospital after a sudden illness. A native of Reidsville, GA, he was born on August 8, 1978, the son of Debra Grace Waters Jordan and the late Robert A. Jordan. He was a 1996 graduate of Tattnall County High School in Reidsville, GA. He earned his Bachelor’s in Biology from Valdosta State University, his Master’s in Biological Sciences from Eastern Illinois University, and was currently pursuing a PhD in Plant Pathology from the University of Tennessee Knoxville. He was employed as a Research Associate II with the University of Tennessee’s West Tennessee Center for Research and Education. Jamie was a member of the Southern Soybean Disease Workers and the American Phytopathological Society. He had a truly scientific mind and he valued education and learning about the world around him, as well as teaching others. Jamie cherished every moment he had with his three young sons, especially helping to coach their baseball teams. He loved fishing, reading, trivia, video games, and always put his family and friends above all else. Jamie was an avid Georgia football fan (Go Dawgs!) and appreciated music and comedy. Jamie was always guaranteed to put people at ease and make them smile with his quick wit and overall charismatic and comical personality. He was truly one of a kind and was told by many that he was the funniest person they had ever met. Jamie is deeply loved and survived by his wife of thirteen years, Cathy Jordan; his sons, William James “Will” Jordan V, age 11, Owen Dale Jordan, age 6, and Andrew Wesley Jordan, age nine months all of Jackson, TN; his mother, Debra W. Jordan and sister, Robin Jordan, both of Reidsville, GA; nieces and nephews, Tyler, Christopher, Harley, Austin, Jordon, Lacy, Clayton, Alexander, Whitney, Hattie, Aaron and Dixie; his father-in-law and mother-in-law, Dale E. and Carole Waldhoff of Shumway, IL and his best friends, Wesley Robertson of Santa Clarita, CA, Jeff Thompson of Dallas, GA and Wesley Crowder of Jackson, TN. SERVICES: A memorial visitation will be held on Thursday, August 11, 2016 from 5:00 PM until 7:00 PM with a memorial service to follow at 7:00 PM in the chapel of Arrington Funeral Directors. Memorial contributions should be directed to www.gofundme.com/2dnmeayw Arrington Funeral Directors, 148 W. University Parkway, 668-1111 www.arringtonfuneralgroup.com

The family of Mr. William James "Jamie" Jordan IV created this Life Tributes page to make it easy to share your memories.