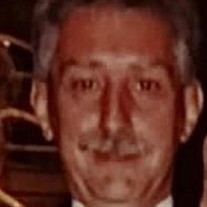 Bubba as we affectionately called him lost his long battle and was called to his heavenly home on Saturday February 27th. at approximately 11:00AM. Bubba was born September 26th, 1953 to O’Neil and Louise Littrell. Growing up with Bubba was always a fun time. We are left with many memories most of which we dare not put to print. Let’s just say his quick wit served him well. Bubba graduated from Northside High School in 1971. He joined the United States Navy in 1972. He served overseas and was stationed for a while in Greece. Upon his discharge from the military, he began a career with Bumpus Harley Davidson. This job certainly heightened his need for speed and his love of motorcycles. He loved his travel trips on his bike. He made many lifetime friendships during this period of time and as the saying goes he was living his best life. In the early 80’s Bubba opened a pawn shop and operated that shop for more than 20 years. Again, making many friendships. Still Bubba wasn’t finished. He decided he wanted to fly so he went back to school and obtained his Pilot’s license. He flew low, crop dusting fields all over West Tennessee, Alabama Georgia, and parts of the mid-west. He eventually became a Certified Flight Instructor teaching many in the area to pilot their own single and twin-engine aircraft. Bubba never married but certainly had opportunity along the way. He fathered and helped raise his only son, Garrett Littrell. He was an awesome Dad to Garrett and beamed when he spoke of him. Garrett, now 21 years old was Bubba’s Pride and Joy. Bubba’s face would light up when he mentioned his name or when Garrett graced us with his presence for the Holidays. Our beloved mother, Louise Littrell, proceeded him in death in August 1981. He leaves behind his son, Garrett Littrell, Father, O’Neil Littrell, and his three siblings Frances, Dennis, and Norma. A private service will be held for family and friends on Thursday March 4th at 1:30 PM at Parkers Crossroads Veterans Cemetery, 593 Wildersville RD., Wildersville, TN. 38388. Due to COVID 19 we ask that you comply with social distancing and current mask requirements. For more information, please contact Arrington Funeral Directors @ 731-668-1111 In lieu of flowers the family ask that you please find someone in need, help them out and pray for them. In the name of our Jesus, please pray for others in need. Your generosity extended to others in need will honor the memory of our Brother.

Bubba as we affectionately called him lost his long battle and was called to his heavenly home on Saturday February 27th. at approximately 11:00AM. Bubba was born September 26th, 1953 to O&#8217;Neil and Louise Littrell. Growing up with Bubba... View Obituary & Service Information

The family of William "Bubba" Lewis Littrell created this Life Tributes page to make it easy to share your memories.

Bubba as we affectionately called him lost his long battle and...