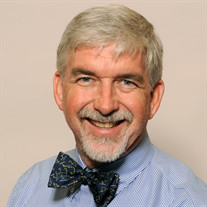 William George "Bill" Nettles departed from this life on Wednesday, June 1, 2022, at the age of 68, at home in the company of his family. He was born to the late Joseph Henry and Ellen Clyde (East) Nettles on February 22, 1954. Growing up in Brandon, Mississippi, he graduated from Brandon High School. He attended Mississippi College and went on to complete a PhD in Nuclear Physics at Vanderbilt University. He began his career in the U.S. Navy, serving under Admiral Rickover as part of the nuclear navy. He then returned to Mississippi to raise his children near their grandparents. He was a respected Professor of Physics for 23 years at Mississippi College and 16 years at Union University where he served as Department Chair and Associate Dean for the College of Arts & Sciences. He recently retired and was named Professor Emeritus. Many students recall fondly his reading of Psalms and prayer to begin each class. Some referred to Bill as a modern Renaissance Man. He had many interests including growing prize-winning roses, woodworking and working on classic cars. He also enjoyed riding his motorcycle and playing croquet. He participated in university sports as part of the football statistics team at MC and as the shotclock operator at Union. Perhaps his favorite hobby was playing his bass guitar. He enjoyed attending camps at Wooten Woods, being in the Jackson Hubtet and the Jackson Swing Orchestra, and leading worship with the praise band at Cornerstone Community Church, where he was an active member and deacon. He was committed to serving Christ and spreading the Gospel. He did this through many mission trips and through opening his home to college students and others in need. He was a college Sunday School teacher for many years and encouraged the use of inductive Bible study. He is survived by Alice, his wife of 46 years; daughter, Claire Gilliam (David) of Clinton, Mississippi; son, Philip Nettles (Kenna) of Madison, Mississippi; siblings, Jo Ellen Austin (Tony), Tom Nettles (Margaret), and Sylvia Dickson (Tom); and six grandchildren, Kate, Caleb, Eleanor and Maggie Gilliam, Abigail and Wesley Nettles. A Memorial Service will be held on Saturday, June 4, 2022, at 11:00 a.m. at Cornerstone Community Church. Visitation will be from 10:00 a.m. until the time of the service. Memorial contributions are suggested to Cornerstone Community Church, 730 Pipkin Road, Jackson, TN 38305 or Union University Physics Department, Office of Institutional Advancement, 1050 Union University Drive, Jackson, TN 38305. Online condolences can be made at https://www.arringtonfuneralgroup.com Arrington Funeral Directors 148 W. University Parkway Jackson, TN 38305 731-668-1111 arringtonfuneralgroup.com

William George "Bill" Nettles departed from this life on Wednesday, June 1, 2022, at the age of 68, at home in the company of his family. He was born to the late Joseph Henry and Ellen Clyde (East) Nettles on February 22, 1954. Growing up in... View Obituary & Service Information

The family of William "Bill" George Nettles created this Life Tributes page to make it easy to share your memories.

William George &quot;Bill&quot; Nettles departed from this life on Wednesday,...