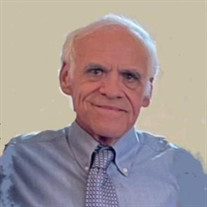 William “Bill” John Ashley, of Lexington, TN, a hardworking, humble, and devoted husband, father, grandfather, and loyal friend, entered into eternal life on April 4, 2022, at his residence surrounded by his family, at the age of 73. Bill was born in Big Rapids, Michigan, on Thursday, December 30, 1948, son of the late Lowell Laverne and Virginia Marshall Ashley. Other than his parents, he was preceded in death by sisters, Sandra Lavonne Fox and Becky Ashley. Bill graduated from Paducah Tillman High School in Paducah, Kentucky and attended the University of Kentucky in Lexington. Bill and his wife Pat were married for over 50 years. The two met in the early 70’s while he was performing at a musical event. They enjoyed a fun and adventurous life together, and the love they shared was never more clearly displayed than in the way that they loved and leaned on each other during the past year. Bill’s life was blessed further with three children, and five grandchildren. He cherished the time that he spent with them, and he was a source of wisdom, advice, and encouragement in their lives. Bill’s encouraging spirit was unique and special. He saw the best in other people and made everyone feel valued. He was genuinely interested in the lives of others and had a natural and selfless desire to make others see their own value. Bill had a life-long love of music, and he realized as a child that he had a God given gift for percussion. From the first moment that he sat down at a drum set, it all felt natural to him. Over his life, Bill provided percussion for many bands and played a wide array of musical genres including rock, jazz, and country. He performed on the same stage with artists like the Kentucky Headhunters and David Allan Coe. He was a member of the acclaimed Memphis Letter Carrier Band from 1997-2008, a group which traveled to various locations both within the continental United States and beyond. He performed with Steve Hopper and the Wolf Island Band, and recorded songs which made the Top Rock charts. Bill himself was most fond of jazz music. He also had a passion for genealogy and was proud of his heritage and kinship to the “Marshall” bloodline. Bill also had a history and love for classic cars. He spent countless hours working on cars and motors. Although Fort Wayne, Indiana, was his all-time favorite hometown, Bill found pleasure in travelling, especially to beach areas such as Key West and Hawaii. He will be deeply missed and lovingly remembered by his devoted wife, Pat Ashley of Lexington, TN; daughter, Angela Box and husband, Brad of Humboldt, TN; sons, John Ashley and fiancé, Brooke Henkel of Austin, TX, and Billy Knight of Paducah, KY; sister, Mary Ashley of Chapel Hill, NC; and grandchildren, Weston, Jenna, Marshall, Johndavid and Brezlin, as well as many other family, friends and neighbors who mourn his passing. SERVICES: A Funeral Service will be held on Friday, April 8, 2022, at 2:00 PM at All Saints Anglican Church in Jackson, TN with Father Wes Gristy and Father Charles Filiatreau officiating. Visitation with the family will be from 12:00 PM until the service time. Burial will follow in the Christian Chapel Church of Christ Cemetery in Cedar Grove, TN. Pallbearers to serve are John Ashley, Billy Knight, Brad Box, Weston Box, Marshall Box, and Jondavid Box. The family asked that any memorials may be directed to the Friends of Natchez Trace State Park, 24845 Natchez Trace Road, Wildersville, TN 38388 or https://uncommongiving.com/np/friends-of-natchez-trace-state-park; or to All Saints Anglican Church Building Fund, 212 McClellan Road, Jackson, TN 38305. Online condolences can be made at https://www.arringtonfuneralgroup.com. Funeral arrangements entrusted to Arrington Funeral Directors & Crematory, 148 West University Parkway, Jackson, TN 38305-1616, (731) 668-1111.

William &#8220;Bill&#8221; John Ashley, of Lexington, TN, a hardworking, humble, and devoted husband, father, grandfather, and loyal friend, entered into eternal life on April 4, 2022, at his residence surrounded by his family, at the age of... View Obituary & Service Information

The family of William "Bill" John Ashley created this Life Tributes page to make it easy to share your memories.