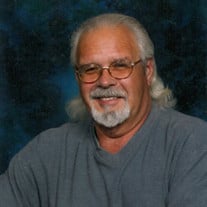 Thomas Wesley Thompson, known as simply Tommy to most, was granted his all-access pass to the kingdom of heaven on September 29, 2018 at the age of 65. Tommy began his life on July 2, 1953, the first of four sons of James Harold Thompson and Norma Jean Wallis Thompson, his brothers, James Bradley Thompson, Michael Harold Thompson and Jeffrey Lynn Thompson found themselves with a big brother that was a staunch protector and loving soul that would do anything for you when you needed him. Tommy brought these same qualities to being a devoted and loving husband and father to his wife, Lona Dianne Thompson, and his two sons James Edward Thompson and Garrett Eathan Thompson. For nearly 20 years, Tommy worked side by side with his father and uncle, Jerry Thompson, as a brick mason. The quality of work and craftsmanship these men brought to their profession can still be seen to this very day all over West Tennessee and many of the surrounding states. The last 30 years of Tommy’s life were spent as a mail carrier for the United States Postal Service in Jackson, Tennessee. He was a member of Bible Grove Baptist church and a graduate of Northside High School. Tommy is survived by his two sons, James Thompson and wife Katie and Eathan and wife Paige; his two grandchildren, Cooper and Presley Thompson; his brothers, Brad Thompson and wife Suzy and Michael Thompson and wife Linda along with many nieces and nephews. He was preceded in death by his parents, his wife and a brother Jeffrey. SERVICES: A funeral service will be held at 11:00 AM Friday, October 5, 2018 in the chapel of Arrington Funeral Directors. Burial will follow in Antioch Cemetery. Pallbearers will be James Edward Thompson, Garrett Eathan Thompson, Brad Thompson, Michael Thompson, Barry Maxwell, Don Lay, Wesley Thompson and Rick Wixom. Honorary pallbearer will be Butch Craig. The family will be receiving friends on Thursday, October 4, 2018 from 4:00 PM until 7:00 PM at Arrington Funeral Directors, The family is requesting that in lieu of flowers that memorial contributions be directed to Bible Grove Baptist Church, 4400 N. Highland Ave. Jackson, TN 38305.

Thomas Wesley Thompson, known as simply Tommy to most, was granted his all-access pass to the kingdom of heaven on September 29, 2018 at the age of 65. Tommy began his life on July 2, 1953, the first of four sons of James Harold Thompson and... View Obituary & Service Information

The family of Thomas W. "Tommy" Thompson created this Life Tributes page to make it easy to share your memories.

Thomas Wesley Thompson, known as simply Tommy to most, was granted...