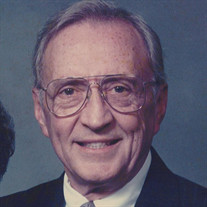 Robert Franklin Valentine, age 87, died peacefully at his home in Jackson on February 15, 2021. Robert was born in Mercer, TN on March 9, 1933, the son of the late John Franklin and Beulah Robinson Valentine and brother to the late Gloria Valentine Harris. He was educated in Mercer, TN, Oakridge, TN and graduated from Jackson High School in 1951. In addition, his formal education included a Bachelor of Fine Arts degree from the Memphis Academy of Arts. In 1953, Robert was drafted into the United States Army during the Korean War and served in Germany as a Medic for the Medical Detachment 63rd Tank Battalion 1st infantry Division (The Big Red 1). In his earlier years he was a Golden Glove Boxer and later served as a member of the Jackson Exchange Club mentoring and assisting boxers during Jackson’s annual Golden Glove Tournament. His career began in 1952 with the former Western Electric, currently known as ATT, remaining with Western Electric until 1963. From 1964 – 1974, Robert worked for Townsend Hardware, as manager of the electronics division. In 1974, he launched his own business, Bob Valentine Systems that later evolved into Valentine Systems serving the Jackson community until his retirement in 2006. Robert was a lifelong and devoted member of West Jackson Baptist Church serving as a Life Deacon, teacher, sound system director and many other roles through-out the years. He is survived by his wife of sixty-eight years, Dolores Douglass Valentine of Jackson, TN; daughters, Judy Herndon (Charles) of Jackson, TN and Tammy Mailhot (Shawn) of Olive Branch, MS; a son, Tony Valentine (Kelley) of Jackson; grandchildren and great-grandchildren, Brittney H. Penney (David) and their children Braydie and Parker; Chase Herndon (Maggie) and their children, Chase Jr, and Miles; Chelsea Faw (Scott) and their children Fielding and Townsend; Bailey Herndon (Kerra) and their children Oscar and Maddie; Heather Hutchison (Nick) and their children, Millie, Josie and Charles William; Matthew Valentine (Kortney) and their children Cooper and Hudson; Summar Davis (Thomas) and their Children Laine, Jax and Raelyn and Logan Mailhot and his children Greyson and Emma; and the youngest grandchild, Zoe Mailhot. SERVICES: A funeral service will be held at 1:00 PM Tuesday, February 23, 2021 in the chapel of Arrington Funeral Directors with Rev. Lonnie Sanders of West Jackson Baptist Church officiating. Burial will follow in Ridgecrest Cemetery. Dolores and her family will be receiving friends from 12:00 PM until 1:00 PM prior to the service at Arrington Funeral Directors. The family is requesting that memorial contributions be directed to “The Generations Campaign” at WJBC and or the Sound System & Video Fund both with West Jackson Baptist Church 580 Oil Well Road, Jackson, TN 38305. Services will also be available to view via webcasting at www.arringtonfuneral group.com. Arrington Funeral Directors 148 W. University Parkway Jackson, TN 38305 731.668.1111 www.arringtonfuneralgroup.com

Robert Franklin Valentine, age 87, died peacefully at his home in Jackson on February 15, 2021. Robert was born in Mercer, TN on March 9, 1933, the son of the late John Franklin and Beulah Robinson Valentine and brother to the late Gloria Valentine... View Obituary & Service Information

The family of Robert Franklin Valentine created this Life Tributes page to make it easy to share your memories.