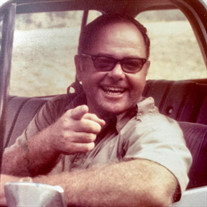 “I’ve lived a charmed life.”—Bob Beare Born on May 9, 1936, Robert Lee Beare, III, rose from Earthly Life on April 27, 2021 after a short illness. Bobby’s life will be forever defined by love for his wife Fran, his daughters, Penny and Frances, and his sheer gusto for life. Bobby who was raised in Jackson, Tennessee, graduated from Jackson Merry High School and attended Sewanee and Vanderbilt. Bobby was an uncompromising businessman, first helming his family’s business, The Beare Co., and later in real estate. Bobby was Jackson’s Athlete of the Year in 1954, an avid outdoorsman and world-class marksman. He was a proud member of the National Rifle Association and was awarded the Silver Beaver Award by the Boy Scouts of America for his longtime service. His robust, jovial laugh could fill a room like no other. Bobby found hope, renewal, inspiration & fellowship as a member of St. Luke’s Episcopal Church where he served on the vestry for many years. Bobby was preceded in death by his parents Robert Lee Beare, Jr. and and Sarah McCain Beare and his sister, Mary Katherine Beare Willingham. He is survived by his wife, Frances Welch Beare, his daughters, Jane Pendleton Causey and Frances Welch Causey, his nephew Joseph Alexander Crook, his nieces Sarah Willingham Hamil and Rebecca Grisham Willingham and several great nieces and nephews. SERVICE: A memorial service will be held at St. Luke’s Episcopal Church in Jackson, Tennessee on Friday, April 30, 2021 at 11am. The family will be receiving friends from 10:00 AM until the service. Please adhere to covid protocol. In lieu of flowers, donations may be made to Hospice of West Tennessee or St. Luke’s Episcopal Church through www.joingenerous.com/memorial-robert-l-beare-iii

The family of Robert L Beare III created this Life Tributes page to make it easy to share your memories.