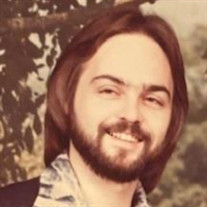 Robert “Bobby” Ira Tipton, age 69, passed away on September 6, 2021, at Bells Nursing and Rehab, having been a resident there for ten plus years. He was born in Jackson, TN, on February 7, 1952, to the late Ira and Dorothy Sue Tipton. He was educated in the Jackson City Schools and graduated from Jackson High School in 1970 and Lambuth College in 1974. Bobby was a faithful member of Bethany Christian Church (Disciples of Christ) in Jackson and Bellevue Christian Church (Disciples of Christ) in Nashville after moving there to pursue a career in computer programming. He was preceded in death by his parents, and by his son, Drew Michael Tipton in 2007. He is survived by his sister, Suzanne Tipton Latham, his nephew and great niece, Brad Latham and Bethany Latham of Jackson; and Drew’s mother, Shari Tipton of Bells. Bobby was passionate about his love of music and being a drummer. He was drummer for “The Continentals” in Jackson through high school and college, and continued with them for many years after moving to Nashville. He laid down drum tracks for numerous artists in Nashville. He was a computer programmer with Kroll Background America as a systems developer for background check programs. Bobby was a true Harley man and was a member of the Music City Chapter in Nashville. In 2002 he had a tragic motorcycle accident and has been in facility care since 2007. Even in facility care Bobby continued his love of drumming by playing in a small group going to nursing homes in the area every Saturday and Sunday. A special thank you goes out to the wonderful nurses at Bells Nursing Home for their excellent care and the dear friendships made there. Memorial contributions are appreciated and can be sent to the American Diabetes Association, PO Box 7023, Merrifield, VA 22116-7023. To make a contribution go to: www.joingenerous.com/arrington-memorial-robert-bobby-ira-tipton-pngki2h SERVICES: A graveside service will be held at Harpeth Hills Memory Gardens, 9090 Highway 100, Nashville, TN on Friday, September 10, 2021, at 1200 Noon, with Jack Davis officiating. Arrington Funeral Directors, 148 W. University Parkway, Jackson, TN 668.1111

The family of Robert "Bobby" Ira Tipton created this Life Tributes page to make it easy to share your memories.