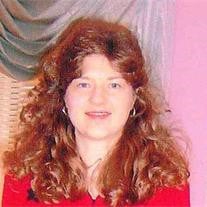 Funeral Services for Phyllis Renee Smith, 47, will be held Friday, June 24, 2011 at 11:00AM in the chapel of Arrington Funeral Directors with Dr. Jerry Tidwell officiating. Burial will follow in Ridgecrest Cemetery. Renee died Wednesday morning June 22, 2011 at her residence. She was born May 27, 1964 in Nashville, TN, the daughter of Stanley and Carolyn Smith. She graduated from Jackson Central - Merry High School in 1982 and Union University in 1986. She was previously employed with Thomas Nelson Publishing. Renee was devoted to and loved her church, West Jackson Baptist, where she was saved at an early age, active in the choir and a Sunday school teacher. She loved her nephews dearly. She is survived by her parents Stanley and Carolyn Smith of Jackson, TN, one brother Mark Smith and wife Vicki of Jackson, TN, one sister Jennifer Howell and husband Chris of Jackson, TN, three nephews Hunter Smith, Houston Smith and Dave Howell. The family has requested that in lieu of flowers that memorial contributions be directed to the Music Ministry of West Jackson Baptist Church, 580 Oil Well Rd, Jackson, TN 38305. The family will be receiving friends Thursday, June 23, 2011 from 6:00PM until 8:00PM at the funeral home. Arrington Funeral Directors, 148 W. University Parkway, Jackson, TN 38305, 731-668-1111, www.arrington funeral group.com.

The family of Phyllis Smith created this Life Tributes page to make it easy to share your memories.

Funeral Services for Phyllis Renee Smith, 47, will be held Friday,...