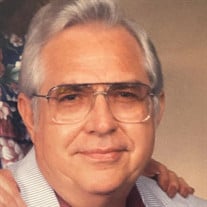 Born in Ripley, Tennessee on December 24, 1936, Page M. Newman Jr., age 84, died July 2, 2021, at his residence in Jackson, TN. He was married to his wife Helen Newman for over 66 years, and they resided in Jackson for over 49 years. Helen passed away just a week prior to Page. Page is survived by two sons, Rick P. Newman (Kelly) and John W. Newman (Kandy); six grandchildren, Kelli M Reece (Shane), Kristi N. Land, Branden Newman (Natalja), Brian M. Newman (Andrea), Heather Harrison (John-Mark), and Megan Newman; thirteen great grandchildren; a brother, Lawson W. Newman; and two sisters, Betty J Hankins and Margie J. Tucker. He was preceded in death by his wife, Helen Newman, a son Page Newman, III, and his sister Pansy M. Day. Page graduated from Memphis State University in 1968 and had a CPA practice in Jackson for over 50 years. Prior to that he attended and graduated from Purdue University with a degree in electrical engineering and then attended and played football at The University of Tennessee at Martin while majoring in accounting. After attending Purdue, he was an electrician for several years and studied when he was off work to obtain his accounting degree at Memphis. He was also a multiple business owner most of his life in many business ventures, as real estate development, Wendy’s food business, and rental real estate. Page was a financial consultant to several worldwide companies and CEO’s. He and his wife Helen were involved in many philanthropic causes, most notably The Jackson-Madison County Humane Society. They adopted and cared for many rescued animals in their home. They loved and enjoyed their family and enjoyed traveling and camping most of their lives and visited approximately 37 states over the years. Page was an instrument rated pilot and enjoyed flying his plane for years. SERVICES: A funeral service will be held Wednesday, July 7, 2021, at 3:00PM in the chapel of Arrington Funeral Directors. The family will receive friends from 1:00PM until service time at 3:00PM. The family has requested that memorial contributions be directed to Jackson Animal Care Center, 23 Pinnacle Drive, Jackson, TN 38301.

The family of Page M Newman created this Life Tributes page to make it easy to share your memories.