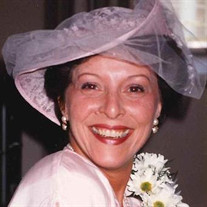 Norma Jean Burke, age 67, died on Saturday, January 24, 2015 at Forest Cove Nursing Center after a lengthy battle with cancer. Norma was born on September 9, 1947 in Shelby, OH, the daughter of the late Robert Clyde and Mary Bright Snyder. She was a graduate of Mid View High School in Grafton, OH and NCTC in Mansfield, OH. She had been employed by The Andersons Company in Maumee, OH as a computer program analyst. She loved her family and was the constant care giver to anyone in need. She loved the outdoors, a passion that she passed on to her children. Norma was a strong and courageous individual, as she continued to always put others before self, as she battled her disease for over twenty years. She is survived by her daughter, Jennifer Appell and husband Scott of Jackson, TN; a son, Todd Burke and wife McKaela of Red Bud, IL; a sister, Nancy Sue Snyder of Avon Lake, OH; six grandchildren and three great grandchildren. She was preceded in death by siblings, Bob Snyder, Lynn Snyder Gluth and Barbara A. Snyder. A private service will be held at a later date. Memorial contributions are requested to be directed to the Friendship Animal Protective League, 8303 Murray Ridge Road, Elyria, OH 44035. Please direct any communications or condolences to the Burke family to Jennifer Appell at [email protected] or to Arrington Funeral Directors, c/o Jennifer Appell. Arrington Funeral Directors, 148 W. University Parkway, Jackson, TN (731) 668-1111 www.arringtonfuneralgroup.com

The family of Norma Jean Burke created this Life Tributes page to make it easy to share your memories.