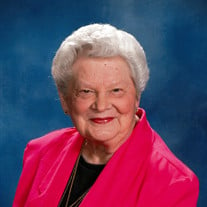 Nancy L. Rahm, age 83, died on Sunday, September 3, 2017 at her residence. A native of Huntingdon, TN, Nancy was born on May 25, 1934, the daughter of the late William Deward and Robert Nell Belew Tate. She was a graduate of Huntingdon High School and was a member of the school band. She received her Bachelor’s degree from the former Lambuth College in 1956 and later received her Master’s degree in elementary education from Memphis State. She was married to the late Otto R. Rahm, who preceded her in death in 1986. Nancy’s teaching career began in Memphis and spanned from Alaska to Delaware while Otto served in the United States Air Force. They eventually returned home and settled and raised their three sons in Jackson, Tennessee. Teaching was a passion beginning with a sixth grade class at the former Highland Park Elementary; to traveling throughout the city teaching music in multiple classrooms; and later retiring as Music Supervisor with the Jackson Madison County School System in 1997. Following retirement, she continued her passion for music education teaching private piano and organ lessons for many years. She was a fifty-year member of First United Methodist Church, where she was active on various committees; taught children’s choir; handbell choir member; and was a very faithful member of the sanctuary choir. Nancy had been an active member of the Emmaus Community establishing many close friendships throughout the Methodist Conference. She was a long-time member of the Jackson Choral Society traveling internationally with the group. Nancy was an active member of the Order of the Eastern Star # 85, holding various positions on the local and state levels. She was active in the Jackson Symphony League, the Symphony Association, Jackson Women’s Club, the Gavel Club, and Alpha Delta Kappa (ADK), an international honorary organization for Women Educators. She proudly represented ADK at numerous national conventions throughout her professional career. Playing keyboard weekly for the Jackson Kiwanis Club was a highlight of her week. She is survived by her three sons, Br. Nathaniel Deward Rahm BSG of Chicago, IL; Charles Rahm and wife Laura of Jackson, TN and their children, Dr. Charlie Rahm and wife Kimber of Memphis, TN and Dr. Elizabeth Rahm of Nashville, TN; Robert Rahm of Rutherford, TN and his sons, Ryan Rahm of Kenton, TN and Logan Rahm and wife Lexi of Martin, TN. A word that could be used to sum up Nancy’s life is Faithful, but as she so joyfully described it daily it was “Super-cali-fragil-istic-expi-ali-docious”! SERVICES: A funeral service will be held at 10:00 AM Wednesday, September 6, 2017 in the Sanctuary of First United Methodist Church, with Rev. Sky McCracken and Rev. Lisa Harper officiating. A private burial will follow at the Oak Hill Cemetery in Huntingdon, TN. The family will be receiving friends on Tuesday, September 5, 2017 from 5:00 PM until 7:00 PM at Arrington Funeral Directors. The family is requesting that memorials be directed to First United Methodist Church, 200 S. Church Street, Jackson, TN 38301 or to Hospice of West Tennessee, 1804 Highway 45 Bypass, Jackson, TN 38305. Arrington Funeral Directors, 148 W. University Parkway 668-1111 www.arringtonfuneralgroup.com

Nancy L. Rahm, age 83, died on Sunday, September 3, 2017 at her residence. A native of Huntingdon, TN, Nancy was born on May 25, 1934, the daughter of the late William Deward and Robert Nell Belew Tate. She was a graduate of Huntingdon High... View Obituary & Service Information

The family of Nancy L. Rahm created this Life Tributes page to make it easy to share your memories.