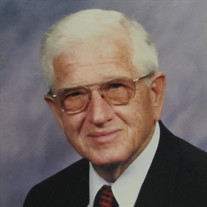 May 25, 1930 – Dec 9,2019 Mark W. Fairless Sr completed his earthly life at 89 years of age, 20 days after the death of his wife Tina. He was devoted to her through 68 years of marriage. Mark was a shining example of God’s love in action, leading by example and always believing the best of people. He was a man of the highest integrity. He was patient, supportive, non-judgmental, confident, and faithful. Mark learned these values in Laneview, Tennessee, a small community north of Trenton. Born the middle son of three boys, they made for a rambunctious household when young, and were tamed with patience and humor by their parents D.O. and Rosa (Mathis) Fairless. The family worshipped at Salem Baptist Church nearby with extended family and neighbors. He was 11 years old when the US joined WWII, and Mark followed the action avidly. Mark graduated from Union University in 1951. Called to the ministry, he completed seminary in Louisville with his new bride Christine (Johnson) by his side. He was the pastor of Forest Hill Baptist Church in Germantown, Tennessee before becoming a chaplain in the Air Force in 1958. The ability to serve his country and support the faith community of Air Force members and their families across the country and the world provided a wealth of experience for him and his family, including their two children. He was assigned to Charleston, South Carolina; Mobile, Alabama; Friesing, Germany; Great Falls, Montana; Taipei, Taiwan; Lockbourne, Ohio; Takhli, Thailand (unaccompanied); Edwards AFB, California; Homestead, Florida; Keflavik, Iceland (unaccompanied); and Blytheville, Arkansas. Mark and Tina enjoyed seeing new places, meeting new people, and learning about new cultures. He sought to establish new ways to serve the population at each assignment, such as leading a Bible study before work on the flight line. They purchased a home in Jackson to be near their parents and other family after Mark’s retirement in 1984 from the Air Force, and it was a joy for them to spend time with family. Mark had a lot of experience by this time in flying private aircraft and instructing. He established a company, Fairplanes, which had contracts for aerial photography, and daily delivery of bank notes and lab samples. He also greatly enjoyed instructing and the camaraderie with other men and women who loved flying. His son, Mark II, also became an aviator and they often collaborated. Mark and Tina joined First Baptist Church in Jackson and Mark taught a Sunday School class, as well as serving as a deacon and on several committees. They also supported Union University and were season ticket holders for the women’s basketball team for many years. They were given the Union Distinguished Service Award in 2004. Mark also kept busy on a tractor raising cerisea hay on their Gibson County farm, and restoring a 1948 Chevy truck and a 1937 Chevy Coupe. Mark was preceded in death by his parents, his brothers David and John Fairless, and his wife Tina. He is sorely missed by his son Mark II, family friend Lisa Tuttle, daughter Susan (husband Michael) Hulsizer, grandchildren Mark III (wife Kayla) Fairless, Christine and Reid Hulsizer, and great grandchild Johnston Mark Fairless. There will be a visitation at Arrington on Tuesday December 17th from 5-7 PM, a private burial with color guard at Ararat Cemetery, and a memorial service and fellowship meal on Wednesday December 18th at 11:30 AM at Salem Baptist Church, 199 Neal Kinsey Rd Trenton. The family would encourage a donation in his memory to flying safety at AOPA Foundation, 421 Aviation Way, Frederick MD, 21701, with “Air Safety Institute” in the memo line. Thank you for thinking of contributing to the AOPA Foundation in Mark’s memory. If you would like to make a donation online, you can use this link: AOPA Foundation Memorial Contributions or the URL: https://www.aopa.org/donation/oneclickmemorial?_ga=2.180260644.1288321656.1576003382-595971882.1560452449 Please enter Mark W Fairless Sr in the “Dedicated this donation in memory of:” field, and in the “Key Code” field, please type: R1912XSAFE This will designate the contribution to be used for safety. You can then complete the rest of the form to process their contribution. Alternatively, if you prefer to mail in a contribution, checks can be made payable to “AOPA Foundation,” with “Air Safety Institute” written in the memo line. Please include a note to let us know it is in being made in Mark W Fairless Sr’s memory. AOPA Foundation is a 501C3 foundation and will send a thank you directly to the donor for proof of charitable donation.

The family of Mark W. Fairless, Sr. U. S. Air Force Retired created this Life Tributes page to make it easy to share your memories.