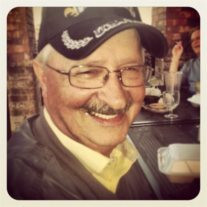 Mack Allen Carter, Jr., age 77, passed away on Tuesday, March 4th at Jackson Madison County General Hospital. Born on August 15th, 1936 in Nashville, TN, Mack was raised in Old Hickory, TN where he attended Dupont High School. He eventually graduated from Columbia Military Academy in 1954. After joining the U. S. Navy, Mack traveled the world serving as a Radioman. Returning to the United States, Mack attended the University of Wisconsin in Madison and then graduated from Lambuth College in 1964. Upon graduation, Mack married and settled in Jackson, TN where he raised his family. Mack had a long career with the State of Tennessee as an eligibility specialist before retiring in 1998. Retirement for Mack meant more activity, as he liked it. He began a second career as a limousine driver for First Class Limousines where he won Limousine Driver of the year numerous times. His yard also stayed in immaculate shape since one of his favorite pastimes was working in the yard. It was a pride and joy for Mack to have a leaf free yard! However, his two main loves, other than his children, were fishing and poker! Mack spent more than a quarter of a century as a member of two local bass clubs. As a 20+ year member of the Jackson Bass Club where he had been a past president, Mack made lifelong friends that shared his joy of fishing. Currently, as a member of the Madison Bass Anglers where he served as Vice President in 2012 and 2013, he continued to imbue his knowledge of all things fishing to his fellow members through colorful anecdotes and stories for which he was well known. Playing poker was his other passion. Mack spent countless hours at local establishments, mainly the VFW #1848, honing his card skills while enjoying the company of his many friends. Mack certainly never met a stranger. It is legendary how he knew someone every place his daily travels took him whether it be to the Exxon at Channing Way or the local Kroger, usually always in the company of his dog, Rocky! Mack, preceded in death by his parents, Mack Allen Sr. and Barbara Carter, is survived by his three beloved daughters, Kristen McKenney and her husband, Mark, of Jackson, Erika Townsend and her husband, Doug, of Nashville and Mari Smoke of Jackson. He also leaves behind a brother, Wayne, of Florida and four grandchildren, Sophie Smoke, Bella and Carter Townsend and Sadie McKenney. Mack's love of life, penchant for story-telling and generosity for others will be missed by all who knew and loved him. The family of Mack requests all who want to celebrate him to join them for a Mack Allen Carter Jr. Celebration of Life Memorial Gathering on Friday, March 14th from 5 to 8 PM at the VFW Post #1848 located at 3803 HWY 45 North in Jackson, TN.

The family of Mack Allen Carter, Jr. created this Life Tributes page to make it easy to share your memories.