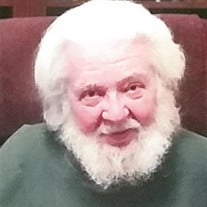 Jon D. Curtis, 78, died Sunday, March 25, 2018 at his residence in Jackson, TN. He was born in Watertown, NY to the parents of Earl and Geraldine Branagan Curtis. He graduated with a Masters of Arts Degree from University of New York in Albany, NY and began his teaching career at the high school level at Carthage, New York then joined the staff of the University of New York at Albany as Assistant Admission Director. He moved to DePere, WI 1970 serving in The Admissions Department at St. Norbert College. He received a promotion to Registrar and taught various courses in Political and Military History during his tenure at St. Norbert. Jon retired in June 2000 after 30 years at St. Norbert College. He found happiness in the classroom teaching and educating his students. He was an Associate Editor of “The Keynoter”, a publication of the American Political Items Collectors Association and editor of the “The Bull Moose”, the publication of the 3rd Party Chapter of the APIC. Mr. Curtis was the Author of “Every Four Years: A History of Presidential Elections” published in 2007. He was a member of Kiwanis Club since 1989 first in DePere, WI and in 2000 began in the Jackson Kiwanis Club. He served several terms on the Kiwanis Board of Directors, received Jackson Kiwanis Club Kiwanian of the year Award 2007-08. Mr. Curtis volunteered at the Kiwanis Therapy and Learning Center for more than 10 years. He was an Avid Baseball Fan of the New York Yankees since 1947. He is survived by his one son, Joshua (Stephanie) Curtis of Sturgeon Bay, WI, with grandson Levi and granddaughter Madison and one daughter, Megan Curtis of Green Bay, WI. Life Partner of over 20 years, Priscilla Campbell of Jackson, TN with daughter Jessica and granddaughter Jasmin, daughter Brianna with granddaughter Anika and grandsons Jordan, Seth, and Ian. Memorial Contributions can be made to the Ayers Therapy and Learning Center in Jackson, TN. There will be no services and he will be cremated by Arrington Funeral Directors and Crematory. Arrington Funeral Directors, 148 W. University Parkway, 731-668-1111 www.arringtonfuneralgroup.com

Jon D. Curtis, 78, died Sunday, March 25, 2018 at his residence in Jackson, TN. He was born in Watertown, NY to the parents of Earl and Geraldine Branagan Curtis. He graduated with a Masters of Arts Degree from University of New York in Albany,... View Obituary & Service Information

The family of Jon Curtis created this Life Tributes page to make it easy to share your memories.