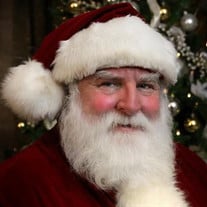 John Hershel Singleton was born in Nashville, Tennessee, on May 8, 1946, and died on June 26, 2019 in Jackson, Tennessee. He graduated from Hillwood High School (Nashville, Tennessee) in 1966 and attended the University of Tennessee. John served in the United States Army and was proud to be a Vietnam veteran. He continued to serve the Jackson community through a number of charities and civic organizations, but is perhaps best known as “Santa.” John was a member of First Presbyterian Church. John is preceded in death by his parents, Hershel and Naomi Singleton; and his wife, Sandy. He is survived by brothers Tom (Sylvia) of Franklin, Tennessee, and Jerry (Rebecca) of Jackson; step daughter-in-law, Katie Brown, grandsons Josh Chapman and Jackson Norton of Jackson, Step-Daughter-In-Law Katie Brown. He leaves behind nieces, nephews, and a host of beloved friends and relatives. SERVICES: Visitation will be from 4-6 p.m. on Friday, June 28, Arrington Funeral Directors, 148 West University Parkway, Jackson, TN. Pastor John White will officiate the funeral service at 2 p.m. on Saturday, June 29, at Arrington Funeral Directors and the family will receive visitors one hour prior to the service.

The family of John H. Singleton created this Life Tributes page to make it easy to share your memories.

John Hershel Singleton was born in Nashville, Tennessee, on May...