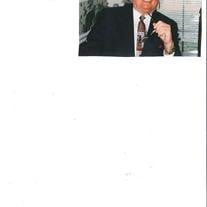 James Thomas Hurt, age 69, of Humboldt, Tennessee, died suddenly on Wednesday April 21st, 2010.Tommy was born in Lexington, Tennessee, and moved with his parents to Bemis, Tennessee, in his early childhood. He started his career at Griffin Funeral Home at the age of sixteen. After some time spent working for the Jackson Police Department and the Jackson-Madison County Sheriff?s Department, he continued in the funeral industry with co-ownership of 3-Way Monument Company and as an executive and Board Member of Wilbert Vault Company, a division of Bickes Inc. until his death. During his career he received many prestigious awards (too numerous to list) for outstanding service to a company for which he cared deeply. He was an honorary alumnus of Gupton Mortuary College, one of only four in the history of the college. He served two terms as President of The Tennessee Funeral Supply Sales Club (1978 and 2000). He was currently serving as the President of the Mississippi Funeral Sales Supply Club. He was a current member and former Grand Exalted Ruler of the Elks Lodge, Jackson, Tennessee, Number 192. He enjoyed woodworking, landscaping, hedgerow cleaning, mowing without end, driving long distances for any reason, being on Petit Jean Mountain, and spending time with his children, grandchildren, and great-grandchildren.Tommy was preceded in death by his parents, the Reverend Joseph Fred Hurt and Maggie Dolly Brooks Hurt, his sisters Margaret Jowers and Dorothy Petty. He is survived by his wife, Wanda Rose Hurt; two sons, Fredrick Daniel Hurt (Christi) of Pegram, Tennessee, and Travis Michael Burr of Trenton, Tennessee; two daughters, Cassandra Dianne Senter (Mel) , of Cordova, Tennessee, and Belinda June Barker of Dyersburg, Tennessee; 12 grandchildren; 6 great-grandchildren; two nieces and three nephews.Funeral Services for Tommy Hurt will be held at 2:00 p.m. Sunday, April 25th, 2010, in the chapel of Arrington Funeral Directors. Burial will take place Monday, April 26th, 2010, at the Petit Jean Mountain Cemetery in Morrilton, Arkansas, with a committal service at 12:00 p.m.Honorary pallbearers will be the Funeral Sales Supply Clubs of Tennessee and Mississippi.The family will receive friends on Saturday April 24th, 2010, from 2:00 p.m. until 6:00 p.m. at Arrington Funeral Directors, Jackson.

James Thomas Hurt, age 69, of Humboldt, Tennessee, died suddenly on Wednesday April 21st, 2010.Tommy was born in Lexington, Tennessee, and moved with his parents to Bemis, Tennessee, in his early childhood. He started his career at Griffin Funeral... View Obituary & Service Information

The family of James Tommy Hurt created this Life Tributes page to make it easy to share your memories.