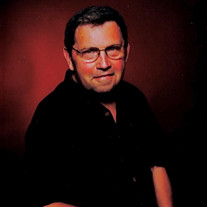 James Larry Stewart, age 81, an All-State, All-American, and All-Southern football player, called by many as the fastest running back in Tennessee, scored his final touchdown on Friday, August 29, 2020. He passed away peacefully at his home in Jackson, Tennessee. Larry was born in Jackson, Tennessee, the son of the late Dr. Jonas L. and Emma Lee Stewart of Huntingdon, Tennessee, and graduated from Huntingdon High School in 1957. In June of 1961, he married the love of his life, Mary Jane Taylor of Huntingdon, Tennessee. Larry served his country when he joined the United States Navy in 1961 and served for four years. Most of his professional career was at Union University in Jackson, Tennessee, as Vice President for Development, and followed that position by establishing a highly successful fund-raising organization. Larry was an accomplished humorist, public speaker, and motivator. Second only to his football career was his joy for fishing. Whether it was on the football field, in front of an audience, advising his daughters or entertaining his granddaughters, Larry Stewart made a permanent mark that will not be erased. Larry is survived by his wife of 59 years, Mary Jane Stewart; his brother, Billy Stewart; his best buddy, Dr. Bob Agee; his daughters, Kim Israel and her husband Jason, and Angela Martin and her husband Marty; along with four granddaughters, Katie Martin Taylor, Shelby Walker, Emily Martin and Alex Israel. SERVICES: The family will be having a private service. In lieu of flowers, please honor Larry by contributing to Hospice of West Tennessee, 1804 Highway 45 Bypass Suite 100, Jackson, Tennessee 38305. Arrington Funeral Directors, 148 W. University Parkway, Jackson, TN 38305. 731.668.1111.www.arringtonfuneralgroup.com Facebook/Arrington funeral directors.

James Larry Stewart, age 81, an All-State, All-American, and All-Southern football player, called by many as the fastest running back in Tennessee, scored his final touchdown on Friday, August 29, 2020. He passed away peacefully at his home... View Obituary & Service Information

The family of James Larry Stewart created this Life Tributes page to make it easy to share your memories.