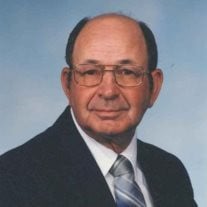 Jim Hicks, 77, a retired coach and teacher, died on Monday, February 3, 2014 at the Vanderbilt University Medical in Nashville, TN. A native of Waverly, TN, he was born on October 2, 1936, the son of the late Ferbie and Flossie Buchanan Hicks. Jim received his Bachelor’s degree from the University of Tennessee at Martin, where he played football and baseball. He received his master’s degree from the University of Memphis. He was a teacher and coach at several schools in the area over his thirty-two year career including Covington High School, Dyersburg High School, Tigrett Junior High School, Jackson High School and Jackson Central Merry High School. His hobbies included all sports and gardening and enjoyed doing for others. He was a member of the Board of Governors of the General Alumni Association for the University of Tennessee. He was a member of Lambuth Memorial UMC and the morning Krystal coffee group. He is survived by his wife, Sue Wimberley Hicks of Jackson, TN; two sons, Ted M. Hicks of Jackson, TN and John Thomas Hicks (Jennifer) of Pinson, TN; three grandchildren, John Tyler Hicks, Jennabeth Hicks and Jorja Hicks; a step grandchild, Hailey Goldwire; two brothers, Orville Hicks (Clatie) and John Hicks (June) both of Waverly, TN and four sisters, Kathleen Dabbs, Betty Ann Mulliniks, Marie Bell and Nellie Burch all of Waverly, TN. He was preceded in death by a sister Dorothy Davis and her husband Taylor. SERVICES: A funeral service will be held at 1:00 PM Friday, February 7, 2014 in the chapel of Arrington Funeral Directors. Burial will follow at Ridgecrest Cemetery. A visitation will be held on Thursday, February 6, 2014 from 4:00 PM until 7:00 PM and on Friday from 12:00 PM until the service time. Pallbearers will be John Tyler Hicks, Judge James Todd, Dr. Bill Roberts, Bill Moore, Noel Long and Gary Davis. Memorials are requested to be directed to Lambuth Memorial UMC or the American Heart Association. Arrington Funeral Directors 148 W. University Parkway 668-1111 www.arringtonfuneralgroup.com

Jim Hicks, 77, a retired coach and teacher, died on Monday, February 3, 2014 at the Vanderbilt University Medical in Nashville, TN. A native of Waverly, TN, he was born on October 2, 1936, the son of the late Ferbie and Flossie Buchanan Hicks.... View Obituary & Service Information

The family of James (Jim) F. Hicks created this Life Tributes page to make it easy to share your memories.