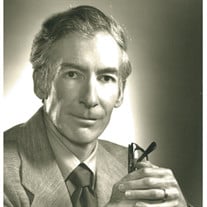 James Ashley Hadley, Jr., age 91, died on Sunday, June 17, 2018 at the West Tennessee State Veteran Home. Jim was born in Dyersburg, TN on June 22, 1926, the son of the late James A. Hadley, Sr and Margaret Parks Hadley. He attended Castle Heights High school in Lebanon, TN. He was a veteran of WWII serving in the United States Air Force, where he was trained and preparing for service in the Pacific as he was stationed in Washington State before being honorable discharged after the war. He attended the University of Memphis, where he met his future wife Bonnie, graduating with a degree in Business Management in 1952. He was very loyal to the University being recognized as a distinguished alumnus and serving as the president of the National Alumni Association. He and Bonnie Jean Watkins Hadley were married for sixty-five years. Jim worked for his father, James A. Hadley, Sr in the Hadley Road Construction Company for most of his career, being a part of various projects from the Memphis International Airport runways, the construction of Interstate 40 between Jackson and Memphis and the 45 Bypass locally and was a member of the Tennessee Road Builders Association. He was a member of the First Baptist Church of Humboldt, TN since the mid 1950’s, being a devoted Christian, husband and father. The was very supportive of the Tennessee Baptist Disaster Relief and participated in construction missionary trips to Jamaica and Ecuador. He enjoyed “Big Game Hunting” in Wyoming, participating in several large expeditions to hunt deer and antelope. Groups of 10 or more would make the trip out to Wyoming for over 10 years. He also hunted Pheasants in the Dakota’s and loved to attend his father’s “Dove Shoot” in Rutherford in the 1950’s, 60’s up until 1973. It was known as one of the best dove hunts in the state drawing hundreds of individuals. He was also active in the Walking Horse Show held annually as a part of the West Tennessee Strawberry Festival and fishing with his friend Clarence M. (Scotty) Scott in Florida. He is survived by his wife, Bonnie Jean Watkins Hadley of Humboldt, TN; his son, Harold (Hal) Keith Hadley of Memphis, TN; a grandson, William James Hadley and wife Kylan Burgess Hadley of Nashville, TN; a brother, Tommy Hadley of Jackson and a sister, Carolyn Hadley Martin and husband James of Bartlett, TN and a daughter-in-law, Karen Hadley. He was preceded in death by his parents, a step-mother, Mary Maude Hadley; a son, James Ashley Hadley III in January 2017 and a brother Harry Hadley. SERVICES: A funeral service will be held at 11:00 AM Friday, June 22, 2018 in the chapel of Arrington Funeral Directors with Dr. Bill Sims and Dr. Greg McFadden officiating. Burial will follow in Rosehill Cemetery in Humboldt, TN. The family will be receiving friends on Friday, June 22, 2018 from 9:00 AM until 11:00 AM prior to the service. Arrington Funeral Directors, 148 W. University Parkway 668.1111 www.arringtonfuneralgroup.com

The family of James Ashley Hadley, Jr. created this Life Tributes page to make it easy to share your memories.