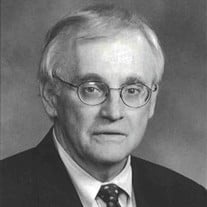 Jackson Fayette Manhein, Jr. was born in Jackson, TN on January 11, 1937. A lifelong resident of Jackson, he was preceded in death by his father, Jack Manhein, Sr. and his mother Sue Thompson Manhein. Jack died Thursday afternoon, February 13, 2020 at Humboldt Nursing Home. He is survived by his wife, Charli Manhein, his brother Jere Manhein and wife Louise, his children Lea Manhein and friend Julie Reagan and Lisa Burnett and husband Randy, his stepdaughter Deborah Harrell and husband Lee, and his grandchildren Hardin Manhein, Gray Manhein, Lauren Lea Manhein and Ian Pollock. He attended Jackson High School and Marion Military Institute, receiving his Bachelor of Arts degree from Vanderbilt University, where he participated in the ROTC, and was a member of the Tennessee National Guard. He received his Doctor of Jurisprudence from The University of Tennessee School of Law and practiced law for over forty years before many courts, including the Supreme Court of the State of Tennessee and the United States Supreme Court. A self-professed Civil War and history buff, he enjoyed collecting art and traveling and was a member of First United Methodist Church where he was long time President of the Religion for Life Sunday School class. He was a golfer and a runner and served as the volunteer senior boys’ basketball coach for First United Methodist Church-St. Mary’s Catholic Church for twenty years, from 1962-1982. In 2002, he received the Distinguished Service Award from the Jackson-Madison County Sports Hall of Fame. During his life he was involved in many community activities, among them were President, Jackson Lions Club; member and Board of Directors, Jackson Rotary Club; President, Jackson Little League; Board of Directors, Junior Chamber of Commerce; Secretary, Jackson-Madison Sports Hall of Fame; Board of Directors of the Jackson Arts Council and Board of Directors, Jackson Legal Aid Society. SERVICES: Crypt side services will be held Sunday, February 16, 2020 at 2:00PM in the mausoleum at Highland Memorial Gardens. The family will receive friends from 1:00PM until service time at 2:00PM in the mausoleum. The family wishes to thank special caregivers Shirlene Jackson, Holly White and Mandie Green for their dedicated care. In lieu of flowers, the family requests that donations be made to the Alzheimer’s Foundation, 478 Craighead St, Suite 200, Nashville, TN 37204 or First United Methodist Church, 200 S. Church St., Jackson, TN 38301. Arrington Funeral Directors, 148 W. University Parkway, Jackson, TN 38305. 731.668.1111 www.arringtonfuneralgroup.com

The family of Jackson Fayette Manhein Jr created this Life Tributes page to make it easy to share your memories.