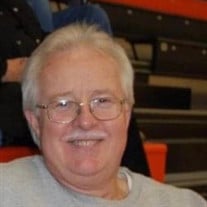 Harold Lanier Coleman, Sr., best known as "Happy Hal", age 74, passed away on April 28, 2021 at Jackson-Madison County General Hospital in Jackson, TN with his adoring family by his side. Harold was born on Tuesday, June 18, 1946 in Henderson, TN to the late James Alvin and Mary Emma (Lanier) Coleman. Other than his parents he was also preceded in death by infant twin sons, James Arthur and Michael Kevin Coleman; and 2 brothers, James Coleman and Greg Coleman. Harold met Joyce Gantt at Jackson High School during their Senior year and they became inseparable. On September 5, 1965 Harold and Joyce were united in marriage and shared in the joy of raising a family together. Harold retired after 27 years as an accountant with Southwest Electric Membership Corporation. Harold loved the Lord and was a faithful member of the First Church of the Nazarene. He was a Board Member and Treasurer for the First Church of the Nazarene and a member of the West Tennessee Photographers Association. He enjoyed fishing, hunting, photography, working in flowers and traveling. He was especially talented at making people laugh and will be remembered for his engaging, colorful storytelling. He relished any time he was able to spend gathered with his family, and always welcomed the opportunity to spend time with his treasured grandchildren. Harold is survived by his cherished wife, Joyce Coleman of Jackson, TN; 2 daughters, Michelle Towater and husband, Lee of Jackson, TN and Allison Denson and husband, Jonathan of Nashville, TN; 1 son, Harold, Jr. and wife, Dalena of Huntington, TN; 6 grandchildren, Brooke, Hayden, Deven, Zetta, Jon, and Rayne; 1 sister-in-law, Debbie Coleman of Crawford, TN, as well as many other family and friends who mourn his passing. Friends and family will be received at Arrington Funeral Directors on Saturday, May 1, 2021 from 12:00 p.m. until 2:00 p.m. A memorial service will be held at 2:00 p.m. at Arrington Funeral Directors with Dr. David Denson officiating. Honorary Pallbearers are Hayden Towater, Deven Coleman, Jon Coleman, Corey Bradford, Chris Coleman and Kenny Ash. Memorials may be made to the Alzheimer’s Association, 713 South Mendenhall, Memphis, TN 38117 or online at: act.alz.org/donate. Online condolences can be made at https://www.arringtonfuneralgroup.com. Funeral arrangements were trusted to Arrington Funeral Directors & Crematory, 148 West University Parkway, Jackson, TN 38305-1616, (731) 668-1111.

Harold Lanier Coleman, Sr., best known as "Happy Hal", age 74, passed away on April 28, 2021 at Jackson-Madison County General Hospital in Jackson, TN with his adoring family by his side. Harold was born on Tuesday, June 18, 1946 in Henderson,... View Obituary & Service Information

The family of Harold Lanier Coleman Sr. "Happy Hal" created this Life Tributes page to make it easy to share your memories.