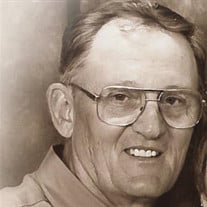 David A. McMinn, age 69, died on Saturday, December 29, 2018 at his residence surrounded by his family. David was born in Milan, TN on February 25, 1949 the son of the late Johnnie and Marjorie McMinn.  Uncle Sam called him to duty in the United States Army in July 1970.  After completing basic training, he was sent to Fort Polk, LA “Home of the Combat solider for Vietnam” His tour of duty to Vietnam was from December 1970 until January 1972.  He was very proud to be a part of the 101st Airborne Division.  He received 3 Bronze Stars of which he would not talk about, among several other medals of gallantry.  After discharge from the Army in February 14, 1972 at Fort Hood, TX, he flew home to spend two days with his parents, then drove to St. Joseph, MI to bring his “little yankee” back to Tennessee to marry her.  David was employed with Southwest Tennessee Electric Membership Cooperation for 42 years as Journeyman lineman.  He recently received a 45-year pin from the IBEW union. David loved to fly, receiving his pilot’s license in 1987.  He loved his God, and loved his church and was ordained in October 1983 as a deacon at the Spring Creek Baptist Church, a position that he did not take lightly..his prayer was for God to humble his heart and to do what God would lead him to do within his church. A church that he was a member of for nearly fifty years.  After much prayer and heartbreak, David and Georgia joined the Gibson Baptist Church, Gibson, TN. He is survived by his wife, whom he married on March 10, 1972, Georgia Kay Dow McMinn; his children, Amy McMinn Fisher and husband Rob of Franklin, TN and Shawn McMinn of Spring Creek, TN and grandchildren, Taylor and Tyler Fisher of Franklin, TN. David was a humbled husband, daddy and pawpaw…..he loved his family above and beyond anything else in life.  Shawn was his “Hot Shot”, Amy his “Babe or Baby”, Taylor “his Hero” and Tyler his “Big Boy”.  Georgia was his “Sweety”.  With broken hearts, yet joy in our hearts for God’s grace and healing, he will be missed and remembered forever. Heartfelt thank you to a very special caregiver, Teresa Cawthon. Our angel that God sent our way to love and care for David and was a prayer warrior for our family. Deep appreciation to Michelle Voss for her gentle heartfelt care. These ladies have hearts of gold. Janet Stacy with AseraCare Hospice. Also special thank you of Bro. Kevin and Sylvia for the blessings of their sincere care. Also a special survivor, Marston McMinn, David's fur baby & service dog. He was preceded in death by his parents and two sisters, Linda McMinn and Lona McMinn SERVICES:  A funeral service will be held at 1:00 PM Wednesday, January 2, 2019 in the chapel of Arrington Funeral Directors, with Dr. Charley Carruthers and Rev. Don Dyer officiating.  Burial will follow at Oakwood Cemetery in Milan, TN with full military honors and Dr. Paul Mason presiding. The family will be receiving friends on Wednesday, January 2, 2019 from 11:00 AM until 1:00 PM at Arrington Funeral Directors prior to the service. Pallbearers will be Raymond Towater, Jason Brown, Mark Holmes, Shawn McMinn, Bryan Binkins and Brandon Bailey. Honorary pallbearers will be Wayne Davis, Clay Wells, Randy Young, Rob Fisher, Steve Emerson, Glen Harrison, Mike Williams and Clint Black. The family is requesting memorial contributions to be directed to the Lewy Body Dementia Association, 912 Killian Hill Road, SW, Suite 205, Lilburn, GA 30047 www.LBDA.Org  or to the Gibson Baptist Church, Gibson, TN 38338

David A. McMinn, age 69, died on Saturday, December 29, 2018 at his residence surrounded by his family. David was born in Milan, TN on February 25, 1949 the son of the late Johnnie and Marjorie McMinn.  Uncle Sam called him to duty in the United... View Obituary & Service Information

The family of David A. McMinn created this Life Tributes page to make it easy to share your memories.