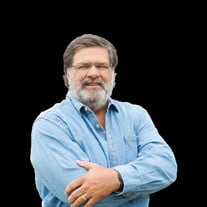 Thomas Clark Shaw, age 66, entered into Heaven’s Glory on Wednesday, November 25, 2020 in Jackson, Tennessee after a short illness. He was a beloved husband, Dad and Granddaddy. He served as a longtime Jackson businessman, restaurateur, as well as a local, state, regional and national tourism industry leader. He is survived by his wife and soulmate of thirty five years, Juanita Shaw. He cherished his children, daughter Elizabeth Shaw and son Brooks Shaw along with Brooks’ wife Megan and their daughter Grace Anne. Clark is also survived by his sister Deborah Shaw Laman and her husband Jon along with a host of dear family and friends. A lifelong Jacksonian, Clark was born on July 22, 1954 the son of the late Brooks and Anne Shaw. Clark attended local schools and graduated from North Side High School in 1972. He attended college at Union University and the University of Tennessee at Knoxville. Clark was a true original, family man, entrepreneur, natural born leader, and a visionary. He dearly loved the Lord, his family, church, community, State and Country. He proudly worshipped and served as a deacon for several years at Englewood Baptist Church. He oversaw a number of projects during his tourism career, including the development and move to Casey Jones Village in 1978. His other major projects include, bringing satellite Christian radio to Jackson through American Family Radio, building Casey Jones Village Amphitheatre, and the expansion of Casey Jones Home & Railroad Museum. He relocated several iconic structures, such as the Judge Milton Brown railcar to Jackson, 175 year old Providence House from Trenton, and he restored the historic Wellwood Country Store from Haywood County and the Pearl House from downtown Jackson. His most recent project is the Farm at Casey Jones Village, which Clark and Juanita are using as a community outreach for education and ministry. He received accolades and awards too numerous to mention and served on board of directors for local charities, the Tourism Association of Southwest Tennessee, the Tennessee Restaurant Association, the Tennessee Tourism Roundtable, and the National Restaurant Association among many others. Clark was especially proud to have served as the Chairman of the Board for the Jerry Drace Evangelistic Association from 2001 to 2020. He dedicated his life to serving others. Clark truly lived out Romans 12:13, which says “Always be eager to practice hospitality”. He was the consummate host and gentleman. Visitation services are set for Saturday, December 5, 2020 from 9:00 a.m. to 1:00 pm at Providence House in Casey Jones Village in Jackson. Masks are required and the Old Country Store is asking for volunteers to assist with social distancing. He will be laid to rest in a private family graveside service. A virtual memorial service will air on Jackson Energy Authority’s EPlusTV6 Sunday, December 6 at 3 pm and streamed online at www.eplustv6.com. Pallbearers are: John Swain, Bruce Haltom, Paul Priddy, Sam Myatt, Jonathan Jenkins, Percy Mitchell, Alex Reed, and Derick Tisdale. Friends may make financial contributions in Clark Shaw’s honor to a charity of their choice. If you wish to send flowers or cards, please send to the Shaw Family, Old Country Store, 56 Casey Jones Lane, Jackson, Tennessee 38305. Memorial contribution here www.joingenerous.com/memorial-thomasclarkshaw Arrington Funeral Directors has charge. 148 W. University Parkway, Jackson, TN 38305 731.668.1111 www.arringtonfuneralgroup.com

Thomas Clark Shaw, age 66, entered into Heaven&#8217;s Glory on Wednesday, November 25, 2020 in Jackson, Tennessee after a short illness. He was a beloved husband, Dad and Granddaddy. He served as a longtime Jackson businessman, restaurateur,... View Obituary & Service Information

The family of Clark Shaw created this Life Tributes page to make it easy to share your memories.