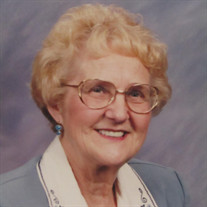 January 3, 1930- November 19, 2019 Christine Johnson Fairless passed away peacefully on November 19 at age 89. She was known as a gracious host, a spirited supporter of the underdog, and a roll-up-your-sleeves Christian. She was devoted to her family and husband, and doted on her dogs. Tina grew up on a farm in the Huntersville community as the fifth child in a close-knit family with six children. She learned to play the piano as a child, which gave her a lifetime of music: hymns, classical music and the Boogie Woogie. After graduation from North Side High school, she attended Union University. She was intelligent, conscientious, and had a natural beauty with a winning smile. She joined the Chi Omega sorority and was elected Miss Union of 1950. She graduated magna cum laude in 1951. She married longtime sweetheart Mark Wayne Fairless of Trenton after graduation, and they started their life together. While he studied to become a Baptist minister in Louisville, Tina taught English. Their first church was Forest Hill Baptist Church in Germantown, Tennessee. Mark was called to serve as a chaplain in the Air Force, which took them far from their Tennessee home. They lived in Charleston, South Carolina; Mobile, Alabama; Freising, Germany; Great Falls, Montana; Taipei, Taiwan; Ashville, Ohio; Edwards AFB, California; Homestead, Florida; and Blytheville, Arkansas, until retirement in Jackson, Tennessee in 1984. During this time, Tina supported Mark’s career, kept the children on track and worked as a teacher. Although the moves were difficult, she embraced travel and exploration, making new friends around the globe. Once settled in Jackson, Tina and Mark joined First Baptist Church and volunteered at Union University. They were devoted fans of Union’s women’s basketball teams. They were given the Union Distinguished Service Alumni Award in 2004. Mark enjoyed teaching as a flight instructor, and both worked to maintain and improve their farmland. She was preceded in death by her parents, Flora (Reid) and Harvey Johnson, brothers Clifton, Frank, and Leon Johnson, sisters Lillie Wood and Sadie Lisenby, and a series of dearly spoiled dogs. Survived by husband Mark, son Mark II, family friend Lisa Tuttle, daughter Susan (husband Michael) Hulsizer, grandchildren Mark III (wife Kayla) Fairless, Christine and Reid Hulsizer and great grandchild Johnston Fairless. The funeral will be held Saturday, November 30th at 11:00 at her first church, Ararat Baptist Church in Huntersville, followed by a graveside service and fellowship meal. The family requests in lieu of flowers that a donation be made to Jackson Animal Care Center, 23 Pinnacle Dr, Jackson TN 38301, noting “In memory of Tina Fairless.”

January 3, 1930- November 19, 2019 Christine Johnson Fairless passed away peacefully on November 19 at age 89. She was known as a gracious host, a spirited supporter of the underdog, and a roll-up-your-sleeves Christian. She was devoted to her... View Obituary & Service Information

The family of Christine Johnson Fairless created this Life Tributes page to make it easy to share your memories.