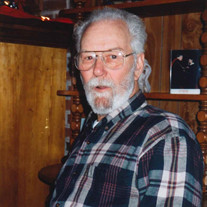 Charles H. Thompson, age 88, died on Thursday, July 14, 2016 at the Jackson Madison County General Hospital. A native of Doniphan, MO, he was born on June 28, 1928, the son of the late Harry Clifford and Retta Thompson. Mr. Thompson served as the pastor of the Hartsburg Baptist Church in Hartsburg, MO from 1956 – 1962 and the Ridgely Baptist Church in Ridgely, TN from 1962 – 1967, as well as serving numerous churches as an interim. He had a passion for missionary work in Brazil and helping the underprivileged. He later was employed with Canalco in Jackson, TN until his retirement in 1991. He enjoyed bowling, fishing and wood working in his shop. He was an avid reader. He was devoted to his God and family as a husband, father, grandfather and great grandfather. He was a member of Calvary Baptist Church. He is survived by his wife Burlis Jean Thompson of Jackson; a son, Steven Thompson and wife Teresa of Medina, TN; daughters, Sheila Carter and husband Chris of Jackson, TN, Darla Thompson of Memphis, TN and Sondra Park of Alamo, TN and seven grandchildren, Kimberly Miller, Michael Haynes, Naomi Harris, Matthew Thompson, Adam Park, Jake Park and Morgan Wynn and nine great grandchildren. He was preceded in death by a brother Clifford Wayne Thompson. SERVICES: A funeral service will be held at 2:30 PM Sunday, July 17, 2016 at Calvary Baptist Church with Dr. Brent Lay and Rev. Grant Gaines officiating. Burial will follow in Highland Memorial Gardens. The family will be receiving friends on Saturday, July 16, 2016 from 6:00 PM until 8:00 PM at Arrington Funeral Directors. Memorial contributions can be directed to the Calvary Baptist Church Missions Program or the Kirkland Cancer Center. Arrington Funeral Directors, 148 W. University Parkway 668-1111 www.arringtonfuneralgroup.com

The family of Charles Henry Thompson created this Life Tributes page to make it easy to share your memories.