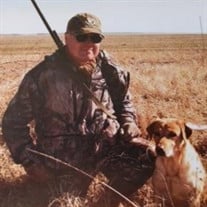 Charles Terry Avera, of Jackson, TN, passed away on January 12, 2022, at the age of 69. He was born in Tallahassee, FL December 11, 1952, to the late Troy G. Avera Sr. of Nashville, GA, and Margaret M. Griffin Avera of Alapaha, GA. The Avera and Griffin families were early settlers in North Carolina and Georgia. Charles spent his early childhood in Tallahassee before moving to Opelika, AL when he was 14. He attended Auburn University and joined Flowers Baking Company/Flowers Foods in Tuscaloosa, AL, where he had close to a 40-year career. At Flowers, he advanced from route salesman to Plant President, retiring in 2017 in Memphis, TN. Charles is survived by his two sons, Troy Richard Avera, of Jackson, TN and Charles Trent Avera, of Spearfish, SD; five grandchildren, Tripp, Griffin, and Tanner of Jackson, TN, and Ethan and Jace, of Spearfish, SD; two brothers, Troy G. Avera Jr. of Monticello, FL and Stephen Russel Avera, of Thomasville, GA. When asked, family and friends of Charles remember him fondly and talk about his love of boating, duck hunting, and “the farm” in South Georgia. He hunted ducks all over North, Central, and South America, and was an excellent marksman. The family also remembers his talent for memorable storytelling complete with embellishments and voice impersonations. His grandchildren have belts and holsters Charles made for them from leather. Charles had a remarkable ability for remembering the names of almost everyone he met, and he never met a stranger. He had an easy, outgoing personality, and was very easy to love. He was always thinking and asking about his family, wondering how they were and concerned for their well-being, and would help in any way he could. He was a loved son, brother, father, and friend. SERVICE: A memorial service celebrating Charles’ life will be held 2:00PM Saturday, March 12, 2022, at Arrington Funeral Directors. The family will be receiving friends from 1:00PM until service time at 2:00PM. In lieu of flowers, the family asks that donations be directed to the charity of their choice in Charles’ memory. Condolences to the family can be conveyed online at www.arringtonfuneralgroup.com. Arrington Funeral Directors 148 W. University Parkway Jackson, TN 38305 731-668-1111 arringtonfuneralgroup.com Memorial contributions can be made here: https://joingenerous.com/arrington-memorial-charles-terry-avera-taum676

Charles Terry Avera, of Jackson, TN, passed away on January 12, 2022, at the age of 69. He was born in Tallahassee, FL December 11, 1952, to the late Troy G. Avera Sr. of Nashville, GA, and Margaret M. Griffin Avera of Alapaha, GA. The Avera... View Obituary & Service Information

The family of Charles Terry Avera created this Life Tributes page to make it easy to share your memories.

Charles Terry Avera, of Jackson, TN, passed away on January 12,...