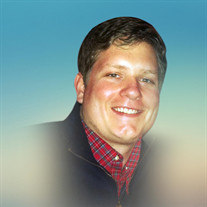 Brent J. Hanson, age 25, died on Sunday, January 25, 2015 in Nashville, TN. Brent was born on July 29, 1989 in Moline, IL, the son of Tom and Sue Lorentzen Hanson. He was a lover of all sports. He was a member of the 14 year old team that participated in the 2003 Baseball Dixie World Series in Jackson, TN. He attended and graduated from Milan High School where he excelled as a member of the football team. After his senior year at Milan he was selected to participate in an “All State” game as well as an “All American” game. After high school he continued his love for the game as a member of the Ole Miss Rebels team that played in the Cotton Bowl in 2009. He had a true allegiance to Minnesota sports that included the Vikings, Twins, Gopher’s and Timberwolves. Brent had a personality that drew others to him and his smile was contagious to all who met him. He was an animal lover and enjoyed reading. He is survived by his mother, Sue Hanson of Jackson, TN; his father, Tom Hanson of Nashville, TN; brothers, Jake Hanson of Houston, TX and Joey Hanson of Chattanooga, TN; maternal grandparents, Robert Lorentzen of Minneapolis, MN and the late Karen Lorentzen; paternal grandparents, Walt and Deanna Hanson of Minneapolis, MN; the love of his life, Megan Bowen of Nashville, TN and his faithful canine companion and eternal best friend, Molly. SERVICE: A memorial service will be held at 2:00 PM today in the sanctuary of First Presbyterian Church with Rev. John White officiating. A time of visitation with the family will be held following the service in Memorial Hall of First Presbyterian Church. The family is requesting in lieu of flowers that contributions be directed to the local group of STAT (Saving the Animals Together) at [email protected], the Jackson Madison County Humane Society, 23 Pinnacle Drive, Jackson, TN 38305 or to the Downtown Dogs Group, P.O. Box 3043, Jackson, TN 38303. Arrington Funeral Directors, 148 W. University Parkway, 668-1111 www.arringtonfuneralgroup.com

The family of Brent James Hanson created this Life Tributes page to make it easy to share your memories.