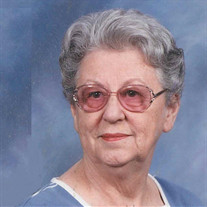 Bettye Jo Chumney, age 85, passed away on Wednesday, February 17, 2016 after losing her battle with Alzheimer’s. She was born in Memphis, TN on September 12, 1930, the daughter of the late Renfrow “Ren” Fortune Pruitt and Elsie Fay Kirksey Pruitt. She was an active member of the Northside United Methodist Church and the Emmaus Community for many years. She along with her husband had the privilege of serving as coordinators of Lay Involvement weekends for the General Board of Discipleship of the United Methodist church for over thirty years. They carried teams to churches in ten different states. In later years they served with the Aldersgate Renewal Ministries when they took over the sponsorship of these ministries. Bettye owned and operated a beauty shop in Bolivar for five years later working as a Wilton Cake Decorating Instructor for fifteen years and best remembered for the beautiful wedding cakes she created. She is survived by her husband of 45 years, Jimmy E. Chumney of Jackson, TN; three sons, Luke A. “Butch” Wadley III of Knoxville, TN, Eddie Chumney (Diana) and Ken Chumney; a brother, Walter Pruitt and wife Sue; six grandchildren, Summar Jones (Brad), April Rowe (Kris), Edward and Alicia Chumney, Alex Chumney; seven great grandchildren, several nieces and nephews and a very special friend, Jon Pendarvis. SERVICE: A funeral service will be held at 2:00 PM Sunday, February 21, 2016 in the chapel of Arrington Funeral Directors with Dr. Don Thrasher officiating. Burial will follow in Ridgecrest Cemetery. The family will be receiving friends on Saturday, February 20, 2016 from 3:00 PM until 6:00 PM at Arrington Funeral Directors. The family is requesting that memorial contributions be directed to Northside United Methodist Church or to the West Tennessee Emmaus Community, P.O. Box 10741 Jackson, TN 38308. Arrington Funeral Directors 148 W. University Parkway 731-668-1111 www.arringtonfuneralgroup.com

The family of Bettye Jo Chumney created this Life Tributes page to make it easy to share your memories.