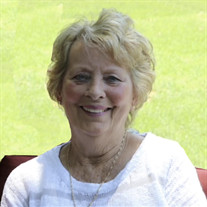 Betty Sue Coffer, died Friday, January 7, 2022, in Gallatin, Tennessee, at the age of 81. She was born in Charleston, MO, August 12, 1940, the daughter of the late Clement and Lucille Delk Hart. Betty attended Sacred Heart Nursing School in Pensacola, FL. For many years she was Director of Surgery at Jackson-Madison County General Hospital. She was a servant role model and mentor for surgical nurses, physicians, as well as others. Betty received multiple employee achievement awards from Jackson-Madison County General Hospital throughout her career and was a loving and caring force within the surgical unit, providing a kind and deeply influential mentorship only she could provide. An active member of St. Mary’s Catholic Church, Betty was on the bereavement committee, was a Eucharistic minister, and was instrumental in the development of a Junior High Youth group. She shared her love and concern for others by making many mission trips to Haiti. She was a Girl Scout Leader and Christmas Partners organizer at St. Mary’s. Her most cherished roles were that of mother and grandmother. She was deeply proud of her grandchildren and their accomplishments, and she and Pop were always their biggest fans, driving hours for sporting events across the state or facilitating a Halloween candy-swap on the kitchen floor. She is survived by her husband of sixty years Ray Coffer; son, Kevin Coffer (Sarah), of Jackson TN; daughter, Leslie Harrison (Jim) of Gallatin, TN; brothers, Edward Hart (Mary Jane) of Cape Girardeau, MO, Mike Hart, of Scott City, MO, Mark Hart (Marsha) of Charleston, MO, and Roy Hart of Desoto, MO; sisters, Anna Lou Dougherty (Tom) of Chambersburg, PA, Debbie Hart of Killeen, TX, and Marcia Leffler of Charleston, MO; five grandchildren, Taylor Harrison (Grace), Rachel Grisard (Bryan), Andrew Harrison, Anna Grace Coffer, and Benjamin Coffer; and her first great-grandchild due in April. Betty was preceded in death by two brothers, Robert Hart (Carol) of Imperial, MO, and John Hart (Diane) of Jasper, AL. Betty was always there with a precious smile and a kind heart. Her love for others was apparent in all she did and the love she received was amplified in kind. SERVICES: Funeral Mass will be held Tuesday, January 11, 2022, at 12:30PM at St. Mary’s Catholic Church. Burial will be in Ridgecrest Cemetery. The family will be receiving friends on Monday, January 10, 2022, from 4:00PM until 6:00PM with a Rosary at 6:00PM at the funeral home. Arrington Funeral Directors, 148 W. University Parkway, Jackson, TN 38305 731-668-1111 arringtonfuneralgroup.com The family is requesting memorial contributions be directed to West TN Healthcare Foundation, Hospice House Fund, 74 Directors row, Jackson, TN 38305. Memorial contributions can be made here: https://joingenerous.com/arrington-memorial-betty-sue-coffer-yus3bft

The family of Betty Sue Coffer created this Life Tributes page to make it easy to share your memories.