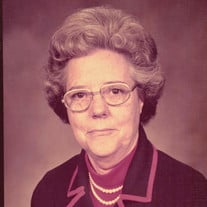 Beauton Redding was born in Oakfield, TN to Willis and Annie Shindoll Rodgers on August 16, 1923. She lived almost all of her life in Bemis, TN. She grew up in a large and loving family of two brothers, four sisters and a loving mother and father. Almost everyone in the family played a guitar, sang or danced. Beauton and her sisters began singing together at home and for special events in their small community. They were regular singers on the Saturday night “Hayloft Frolics” which was broadcast on the local radio station WTJS. They traveled to various Armed Forces Bases within driving distance to sing and perform from the troops during WWII. Many Friday and Saturday nights they would gather on the long front porch of their home with their guitars and begin to sing. The yard would begin to fill up as the neighbors started to gather together. Everyone would begin to request songs and they would sing into the night. Anytime when more than two of these sisters would get together for any reason, there was always singing. She was married to W.A. Redding on April 3, 1948, a union that lasted for fifty-two years. Mr. Redding himself a very talented singer, who also sang regularly on radio shared her love for music and singing. Beauton was an excellent caregiver to her husband, her mother and brother-in-law during their illnesses. She worked for many years in the Bemis Cotton Mill until her retirement and later worked over ten years for Wal-Mart. Beauton was preceded in death by her parents, Willis and Annie Shindoll Rodgers, her two brothers, Emmett Rodgers and Wayne Rodgers, her four sisters, Martha Yarbrough, Jessie Matlock, Erma Brinkley and Hazel Hilliard. She is survived by several nieces and nephews, Ann Luther (Bill) of Jackson, TN, Patty Weir (Tillman), her caregiver since Beauton husband’s death in 2000, of Jackson, TN, Teresa Brinkley of Jackson, TN, Diane Craft (Rev. Tommy) of Terry, MS, Buddy Matlock (Donna) of San Pierre, IN and Jim Rodgers of Centerville, OH and many great nieces and nephew. SERVICES: A funeral service will be held at 1:00 PM Thursday, April 6, 2017 in the chapel of Arrington Funeral Directors with Rev. Bill Luther officiating. Burial will follow in Ridgecrest Cemetery. The family will be receiving friends on Thursday, April 6, 2017 from 12:00 PM until 1:00 PM prior to the service at Arrington Funeral Directors. Arrington Funeral Directors, 148 W. University Parkway 668-1111 www.arringtonfuneralgroup.com

Beauton Redding was born in Oakfield, TN to Willis and Annie Shindoll Rodgers on August 16, 1923. She lived almost all of her life in Bemis, TN. She grew up in a large and loving family of two brothers, four sisters and a loving mother and... View Obituary & Service Information

The family of Beauton Redding created this Life Tributes page to make it easy to share your memories.

Beauton Redding was born in Oakfield, TN to Willis and Annie...