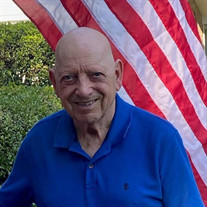 Allen David Escue passed away at home in the arms of his family the night of December 29th from complications of a recent fall. At 90 years old and the last Escue of his generation of siblings he meets in Heaven, those who went before him include: his parents Dave and Viola Escue; his brothers Stanley, Durwood, Louis, Raymond and Andrew Escue; his sisters Elise Arendale, Inez Sells, Evelyn English, Hellen Langley, Mildred Scobey and Mollie Moore. He is survived by his wife and lifelong love of 63 years, Beverly Escue, his twin daughters, Judy Escue of Jackson TN, Rita Cunningham (Matt) of Brighton, TN; and son Mark Escue (Susan) of Medina, TN. He also is survived by the four grandsons he loved dearly: Calvin, Jacob, Jonathan and Adam Escue. He loved his God, his country and his family and showed his love in everything he did. He retired from a career service in the Air Force in 1976 and traveled with and without his family in many countries in peacetime and wartime. He went back to work after settling in Jackson, TN and ultimately retired from Union University after putting all three children through college. He supported his church, First Cumberland Presbyterian Church of Jackson, TN with his time and his talent and enjoyed attending services while he was able. His tremendous work ethic and loyalty to his family and community leave a legacy that will pay forward in the generations that follow. The family wishes to thank everyone who helped during this difficult time including: the caregivers from Home Instead with special thanks to Monica Johnson; Dr. John Jenkins and Vickie Paschall of the Jackson Clinic; the many VA representatives who worked to provide services; American Access for the timely installation of a much-needed wheelchair ramp, and the team from Hospice of West Tennessee who made his time at home more comfortable. Funeral Services will be held on Thursday, January 6, 2021, at 1:00 p.m. at First Cumberland Presbyterian Church with Rev. Matthew D. Cunningham officiating and burial to follow in the Ridgecrest Cemetery. The family will receive friends from 11:00 a.m. until the time of the service at the church. Memorial contributions are suggested to the charity of individual choice or First Cumberland Presbyterian Church, Hwy. 45 by-pass, Jackson, TN 38305. Arrington Funeral Directors, 148 W. University Parkway, Jackson TN 38305 731-668-1111 arringtonfuneralgroup.com Memorial contributions can be made here: https://joingenerous.com/arrington-memorial-allen-david-escue-zhh87yc

Allen David Escue passed away at home in the arms of his family the night of December 29th from complications of a recent fall. At 90 years old and the last Escue of his generation of siblings he meets in Heaven, those who went before him include:... View Obituary & Service Information

The family of Allen David Escue created this Life Tributes page to make it easy to share your memories.

Allen David Escue passed away at home in the arms of his family...